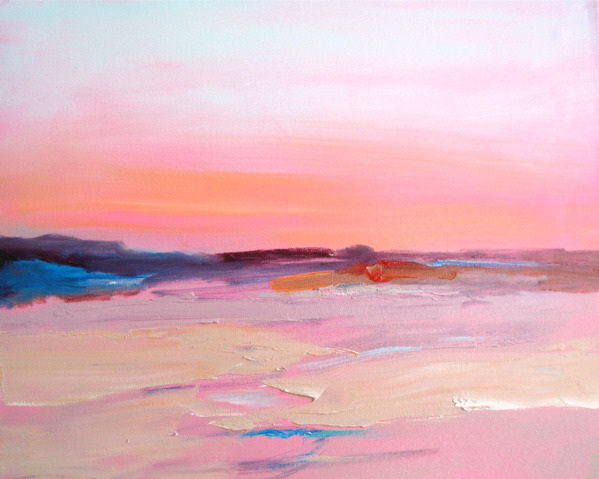 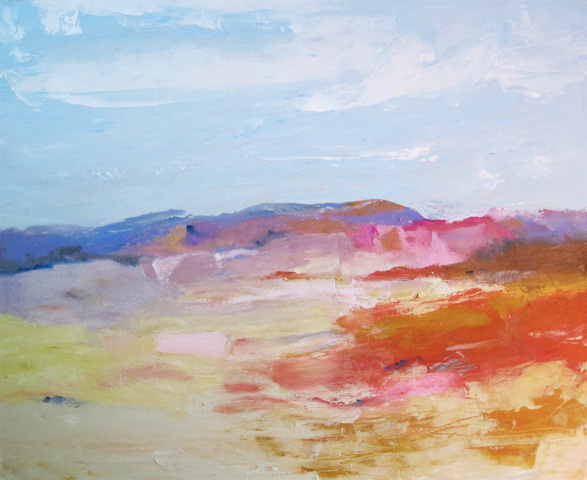 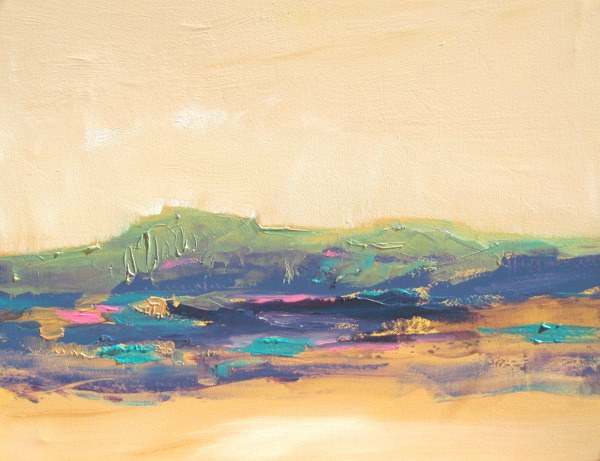 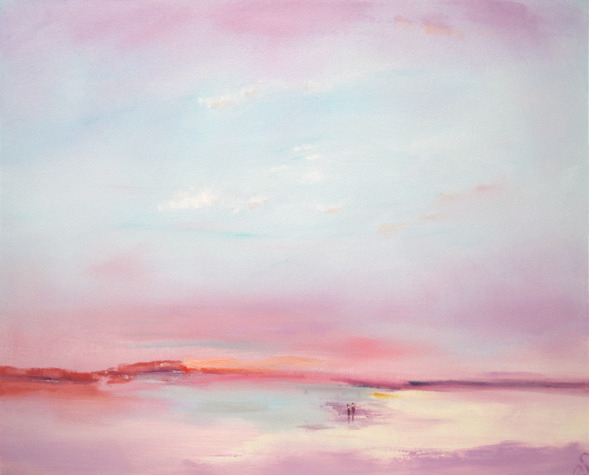 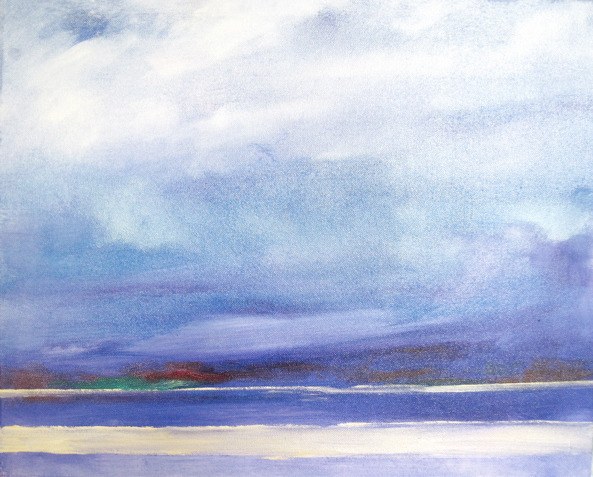 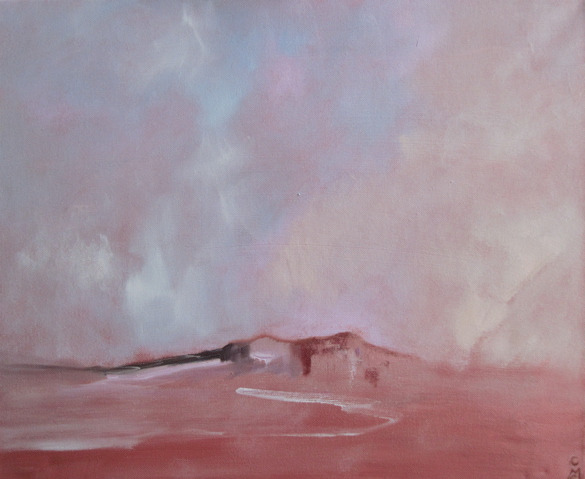 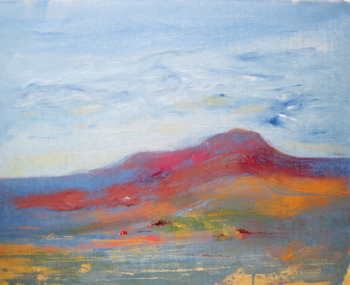 'Works by Scottish colourist Cairine MacGillivray are not landscapes as we have come to understand Scottish landscape - endless depictions of empty mountain and glen, high skies and rolling seas. In actual fact you are witnessing seven precise collections of sound that are clothed visually in the evocation of a recollected or imagined Scottish landscape. They are soundings of place. The artist has described this as visual singing and defines a succinct process using a lyre to mix her palette to each of the seven musical modes. Trained as a musician and working as a weaver, Cairine MacGillivray initially developed aspects of Newtonian theory to weave music using wavelength and pitch and evolved this as a painter to create a palette of sound. The resonant wavelengths determined by each mode - some traditionally associated with melancholy; Phrygian, for example - enabled the artist to ventriloquise recollected or recalled landscapes gathered as visual imprints on long walks through the Scottish highlands and lowlands. The sound does not pre-determine the mood by risk of association, it actually constructs a visual resonance that is set aquiver by the correlative use of a modal palette. In this way, the works hover like insistent mirages between exact frequency and pitch and liminal landscapes that are pinned down by the use and effects of colour through that sonority. Cairine MacGillivray's paintings are manifestations of Scottish landscapes that exist as flickering conglomerates - mountains and valleys that are accumulated in the resonant frequency of the heart's listening eye which can only exist through the carefully imagined country of her finely tuned palette.'